Louise Ellman MP, Chair of the Transport Select Committee and Geoffrey Clifton-Brown MP, Chair of the All Party Parliamentary Group for International Trade and Investment amongst MPs briefed by RiverOak Strategic Partners (RiverOak) yesterday on their plans for Manston Airport.

Also in attendance at the briefing, which was hosted by Sir Roger Gale MP, was the member for Canterbury and Whitstable – Sir Julian Brazier MP, together with Robert Flello MP – Member of the Transport Select Committee and Sir Gerald Howarth – President of the All Party Parliamentary Group on General Aviation. Also in attendance were Richard Dilks of London First, Heidi Skinner of the Freight Transport Association and Henk van Klaveren of the Airport Operators Association.

George Yerrall, director of RiverOak said: “Every year the UK economy loses more than £2 billion due to air cargo capacity constraints in the south east airports system. This is set to rise to £3.9 billion by 2050, even with a third runway at Heathrow. Manston can provide the answer and this was a valuable opportunity to brief Ms Ellman, Mr Clifton Brown and the others MPs that attended on why we are confident that, with RiverOak’s strategy and commitment, and the long term support of our investors, Manston has a promising future as a vibrant hub for international airfreight – one which delivers much needed runway capacity in the south east, boosts economic prosperity and employment across Kent and protects a strategic aviation resource for the nation.” 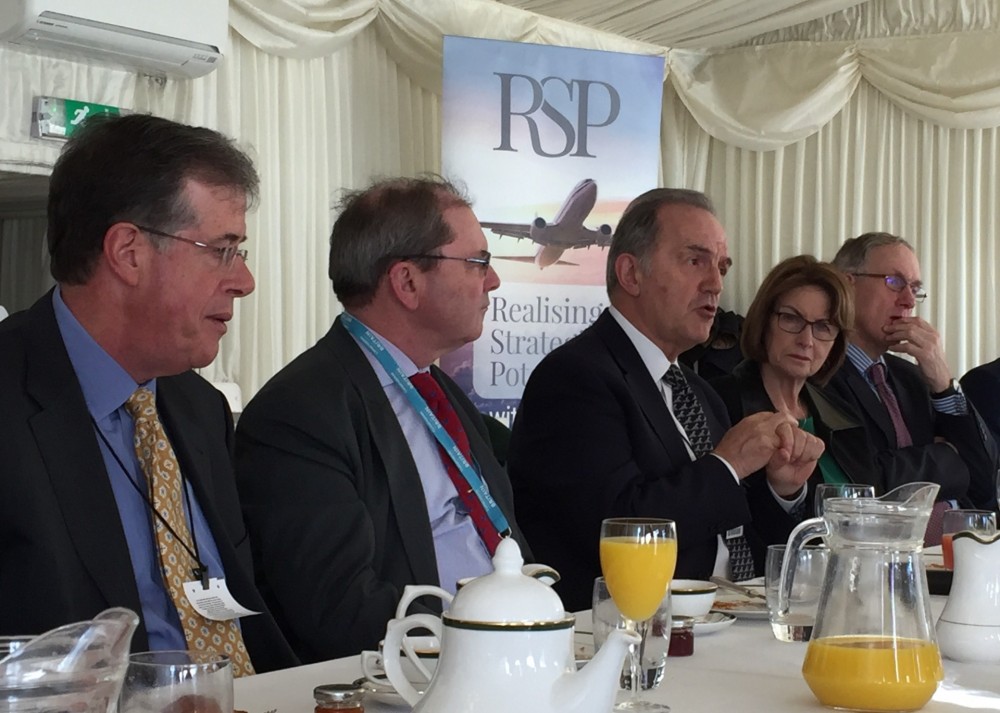